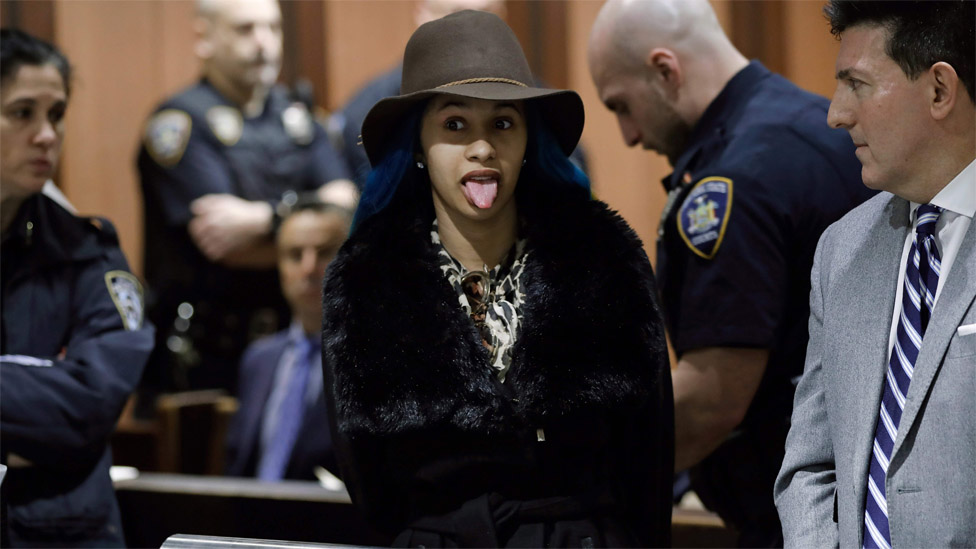 Cardi B has appeared in court and been ordered not to have any contact with two bartenders she allegedly attacked at a New York strip club in August.

A judge issued two protection orders, meaning the rapper must not go near or contact the women, including on social media.

The Bodak Yellow star was released without bail despite having skipped a court appearance earlier in the week.

But the judge said she was not a flight risk.

The 26-year-old had previously been charged with reckless endangerment, harassment and assault for allegedly throwing bottles and chairs in the Angels NYC strip club in the early hours of 29 August.

She is scheduled to appear in court again in January.

Her five-minute court appearance on Friday coincided with the announcement of the Grammy nominations, and she emerged to discover she had been nominated for five awards.

Earlier this week, she also announced that she is splitting up with her husband, Migos’ Offset, after more than a year of marriage.

The rapper also revealed a picture of their five-month-old daughter Kulture, which was eagerly anticipated by her fans.