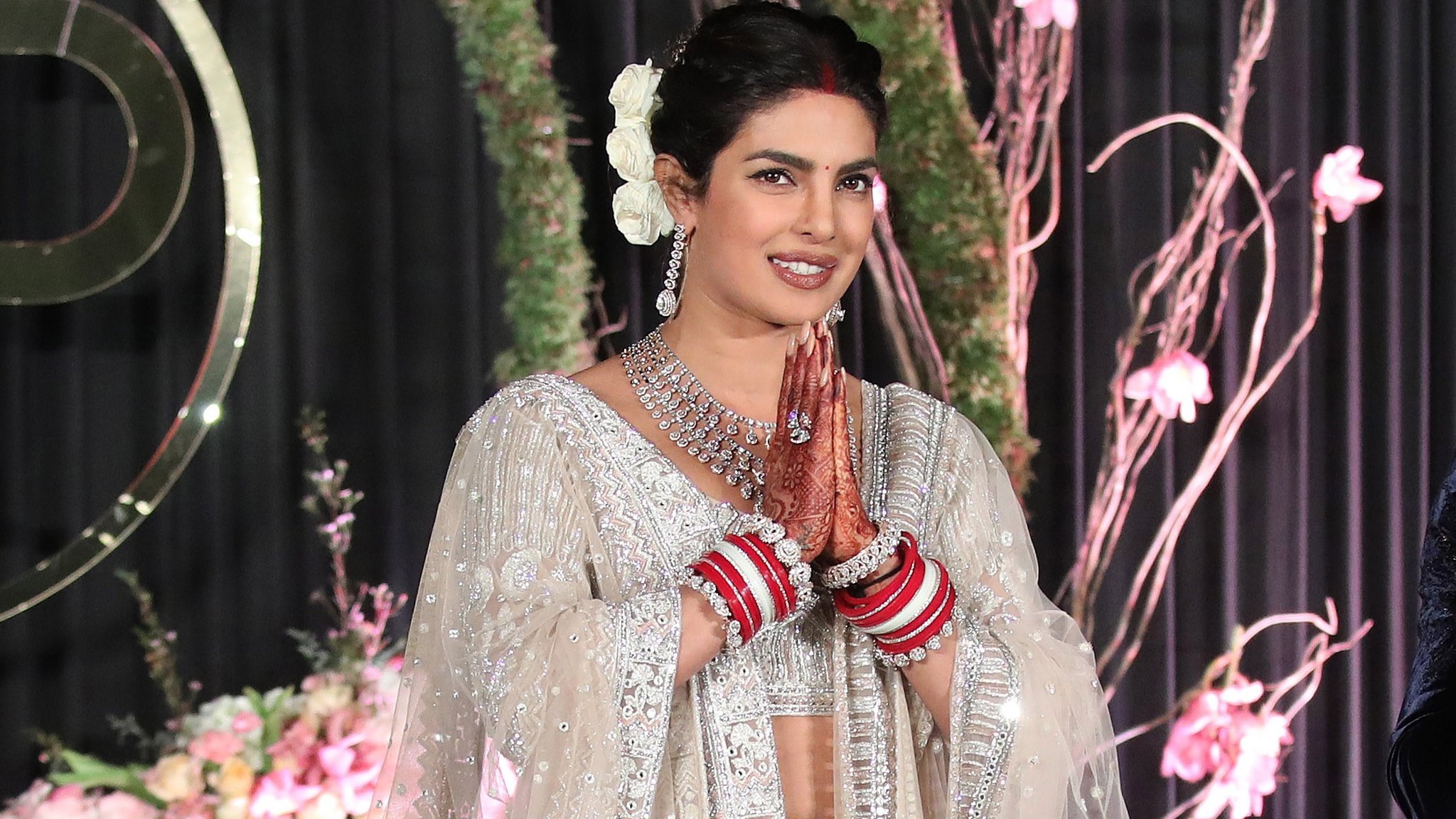 Indians on social media are rallying behind Bollywood star Priyanka Chopra after an American website article called her a “scam artist”.

The article in The Cut, which has now been taken down, sparked outrage for suggesting that she had trapped US singer Nick Jonas into marrying her to further her career.

Indians, many of whom were earlier disparaging about the wedding, have now jumped to defend her.

Many said the article was racist.

In a way, the piece has marked a turning point in the entire saga of the couple in India – from feeling very much “over it” when it came to wedding updates, there is now a rush to defend Chopra.

Even those who felt that the wedding was “extra” – thanks to features like Chopra’s 75ft veil which needed a team of people to carry it– are up in arms.

This article has forced me into the extremely uncomfortable corner of feeling stirrings of defensiveness about Priyanka. (There’s extremely a story to be written about the relevance stakes of having a wedding for for the sponcon but this ain’t it chief) https://t.co/va5gYmUYMK

When news first broke about the Bollywood star dating Jonas, many Indians were unimpressed. Quite apart from the fact that many in the country did not know who Jonas was, people cringed at their constant social media PDA (public demonstrations of affection).

This continued as their big day inched closer – many rolled their eyes at the almost relentless social media chatter around the couple in the lead-up to their wedding in the Indian state of Rajasthan.

No amount of (very clearly staged) wedding photos will convince me that Priyanka and the JoBro are a real couple. Sorry I just don’t buy it.

But the article in The Cut changed everything.

Published three days after Chopra, 36, and Jonas, 26, got married on 1 December, the article said, “But there’s something that not many people know, or choose to accept, about the global sensation that is Priyanka: She is a modern-day scam artist, in my opinion. That’s right: Nicholas Jonas married into a fraudulent relationship against his will this past Saturday, December the 1st, and I’ll tell you why I think so.”

Indians were quick to dismiss the portrayal of the couple’s relationship as “fraudulent”, adding that there was no evidence from the writer that Jonas had signed up for this marriage unwillingly.

After a massive backlash from Indian users as well as other publications, the article was “updated”. However by the end of Wednesday The Cut had taken down the article, saying that “the whole piece missed the mark” and that publishing it had been a mistake.

But the damage had already been done – tweets and posts continued to roll in, with many bewildered over how the piece even made it past a pitch email.

Many Indian and US digital outlets also took aim at the controversial piece, spawning various rebuttals that called out its “xenophobic” tone.

Writing for the News Laundry, journalist Nisha Susan asked whether the piece, written by Mariah Smith, was “drunk-published”.

“Or Mariah has friends but no editors. You can decide,” she wrote.

At Jezebel, a popular US-based feminist website, writer Prachi Gupta summarised the gist of the article: “After Chopra, portrayed as a cold, fame-obsessed foreigner, established herself in India, she set her sights on success in America. Part of Chopra’s ticket to the top? A white man.”

She added that the essay offensively played into “racist and sexist narratives” about women of colour.

Chopra herself has decided to take the high road.

Speaking to the Hindustan Times, she said she did not want to “react or comment” on the article. “It’s not even in my stratosphere. I’m in a happy place at this moment. These kind of random things can’t disturb it,” she said.

On the trail: Biden says he’ll be nominee if South Carolina win is ‘significant’