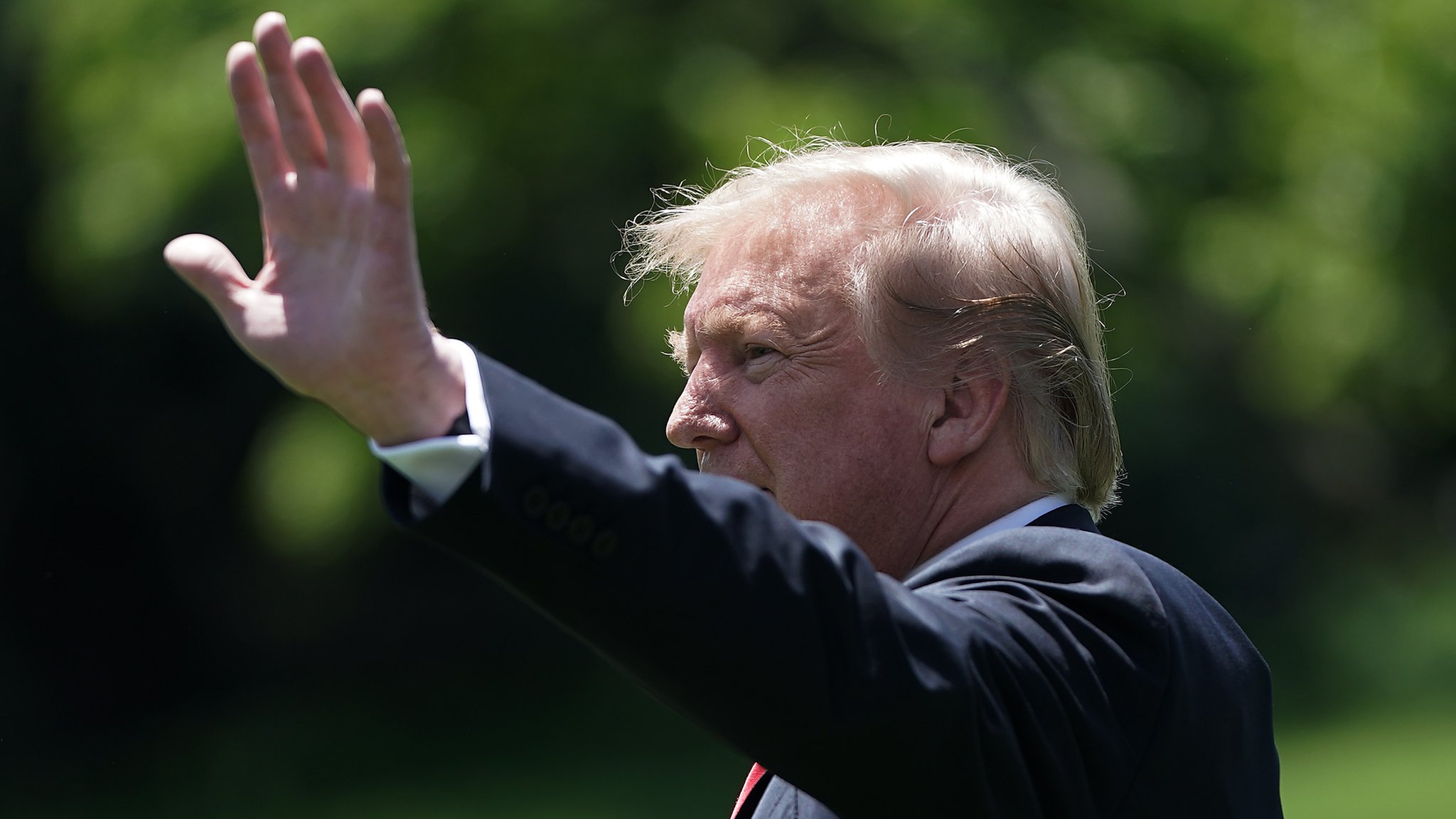 US President Donald Trump is clearing the sale of billions of dollars’ worth of weapons to Saudi Arabia, citing Iranian threats to its arch rival.

Mr Trump invoked a rarely used aspect of federal law to push through the $8bn (£6bn) deal, which would ordinarily need to be approved by Congress.

He did so by declaring that ongoing tensions with Iran amounted to a national emergency.

The move has angered those who fear the weapons may be used against civilians.

Some Democrats have also accused the president of bypassing Congress because the sale of weapons, including precision-guided munitions and other forms of bombs, would have been strongly opposed on Capitol Hill.

Weapons will also reportedly be sold to the United Arab Emirates and Jordan.

On Friday, Secretary of State Mike Pompeo notified Congress of the administration’s decision to make the sale. In a letter, widely reported in US media, he said that “Iranian malign activity” required the “immediate sale” of weapons.

“[Iran’s] activity poses a fundamental threat to the stability of the Middle East and to American security at home and abroad,” he wrote.

He said the transfers “must occur as quickly as possible in order to deter further Iranian adventurism in the Gulf and throughout the Middle East”.

“[He] has failed once again to prioritise our long term national security interests or stand up for human rights,” he said in a statement.

Republican Foreign Relations Committee chairman, Senator Jim Risch, said he had been informed by the Trump administration that it planned to confirm “a number of arms sales”.

“I am reviewing and analysing the legal justification for this action,” he said.

News of the Trump administration’s decision came shortly after it announced it would bolster the US military presence in the Middle East. An additional 1,500 troops, as well as fighter jets and drones, will be deployed to the region in the near future.

Patrick Shanahan, the acting Defence Secretary, says the move was intended to counter “ongoing threats posed by Iranian forces, including the IRGC [Iran’s Revolutionary Guard Corps] and its proxies”.

Why are there tensions with Iran?

Tensions between the US and Iran began rising this month when Washington ended exemptions from sanctions for countries still buying from Iran. The decision was intended to bring Iran’s oil exports to zero, denying the government its main source of revenue.

Mr Trump reinstated the sanctions last year after abandoning the landmark nuclear deal that Iran has signed with six nations – the five permanent members of the UN Security Council and Germany.

Iran has now announced it it will suspend several commitments under the deal.

There has also been a spike in tensions in the Gulf more widely.

Four oil tankers were damaged in what the United Arab Emirates (UAE) said were sabotage attacks while drone attacks on two oil pumping stations in Saudi Arabia by Yemen’s Houthi rebels – who are supported by Iran – forced the temporary closure of a pipeline.

Iran denied it was behind the incidents but Rear Admiral Michael Gilday, director of the US Joint Staff, has accused the IRGC of being directly responsible.

Trump impeachment: What happens next?